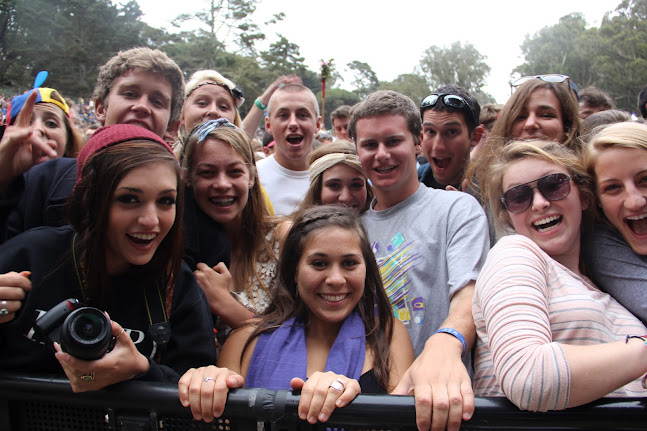 I promised these kids I would publish a picture of them. Well kids, here ya go!

These kids were great. They were really excited about the music, asked a bunch of questions, talked about their aspirations of becoming photographers (one girl even dreams about being a stage manager. I can’t reiterate words from about a half a dozen Disney films enough to them, especially with regards to Outside Lands: Stay away from the woods kids! Just stay away from the woods!

1:30 pm – fun. could be the most understated band name ever. On the main stage, they sounded great live, and Nate Ruess’ booming, theatrical voice was easily heard throughout the park, possibly even the entire city. Loved their cover of The Rolling Stones’ “You Can’t Always Get What You Want.” 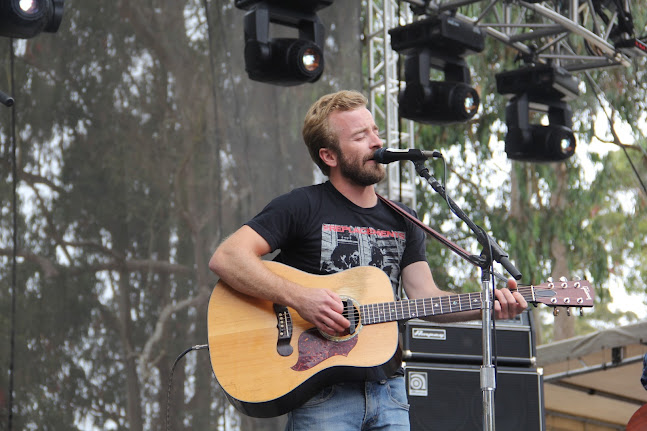 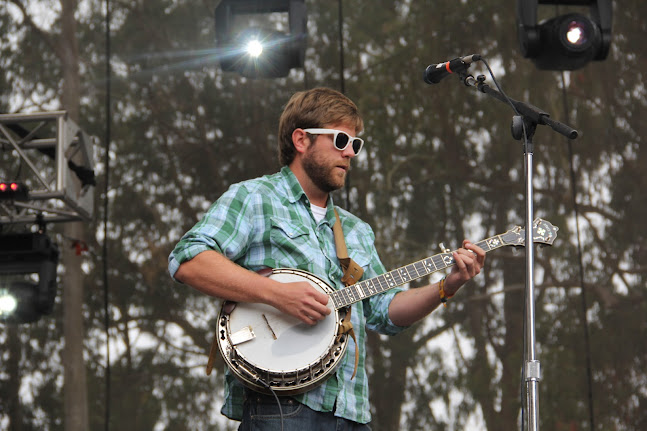 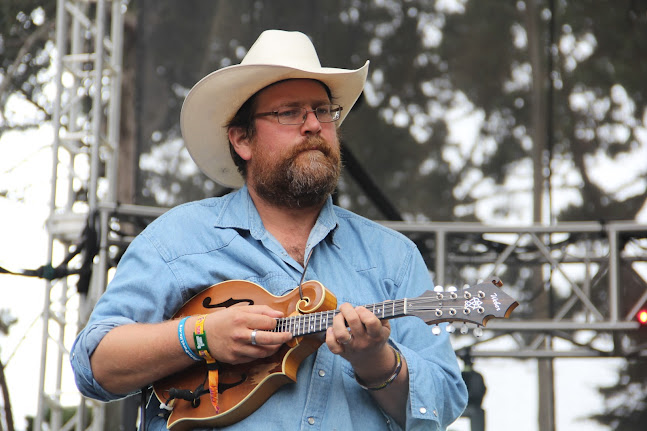 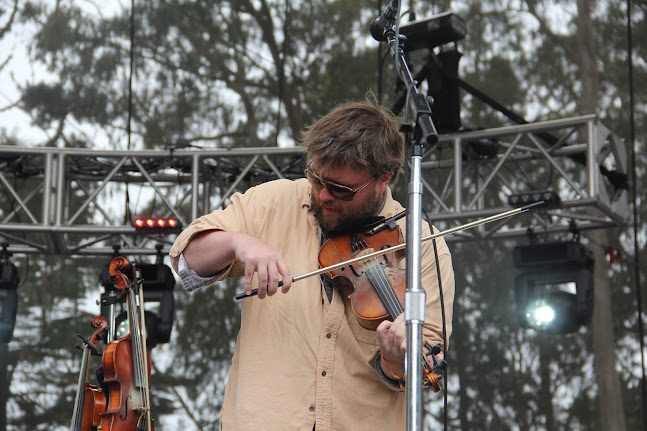 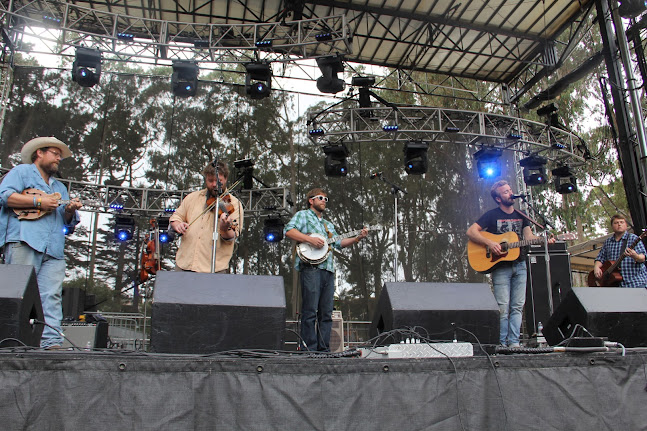 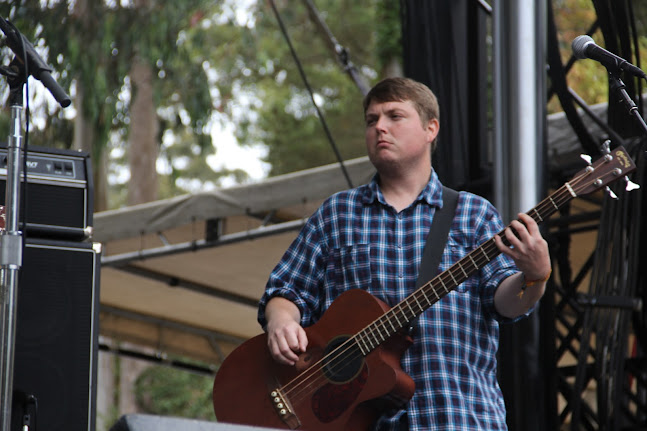 These guys are Southern bonfire music.

2:40 pm – Franz Ferdinand rocked out like that guy I saw in the woods peeing in the open. Amidst “The Dark Of The Matinee,” “No You Girls,” Do You Want To,” and “Take Me Out,” they squeezed in a little Donna Summer “I Feel Love” into “Can’t Stop Feeling.” 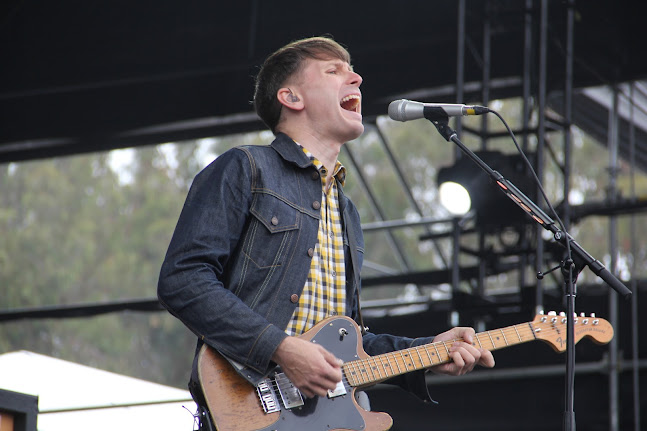 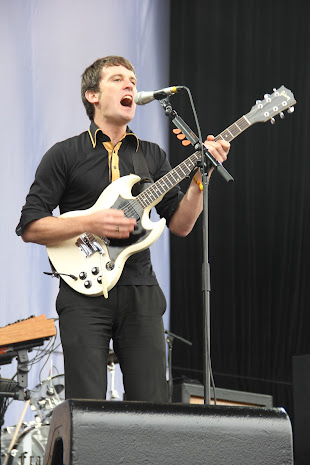 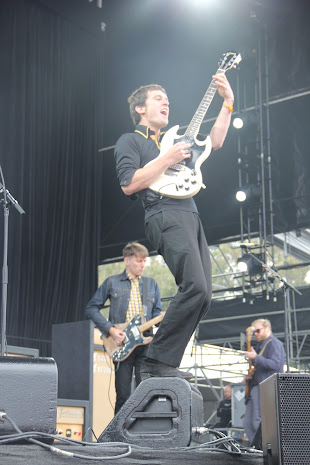 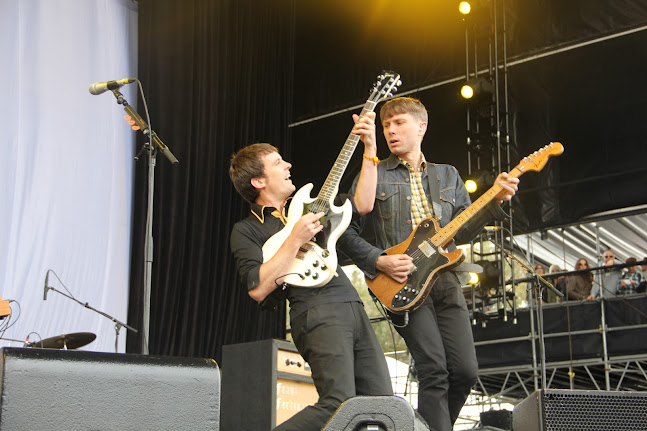 3:45 pm – If The Indigo Girls were dudes, they’d be City and Colour. These guys were so good, I didn’t hold their being Canadian against them. To get an idea of City and Colour’s sound, it was during their set that a very nervous guy decided was the perfect time to propose to his girlfriend. A circle broke out around them in the crowd as we all watched her say yes. 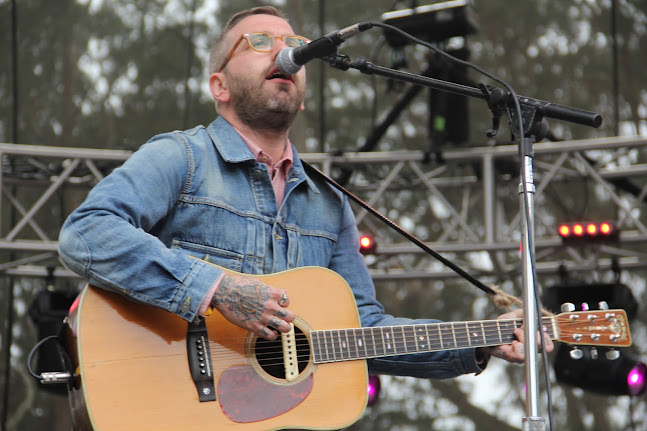 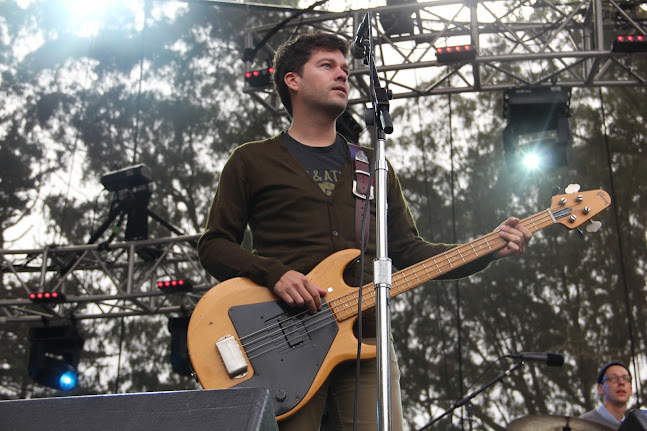 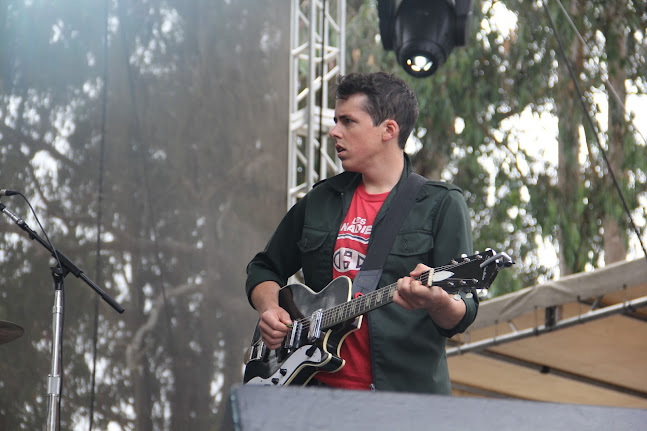 4:10 pm – Apparently Jack White, with his all-female band, The Peacocks, played an impromptu but not unplanned set in the middle of the woods somewhere in the festival for anyone who was around to see them. How come some people go into the woods and see a Jack White concert, but when I go into the woods I just see random dudes’ dicks? 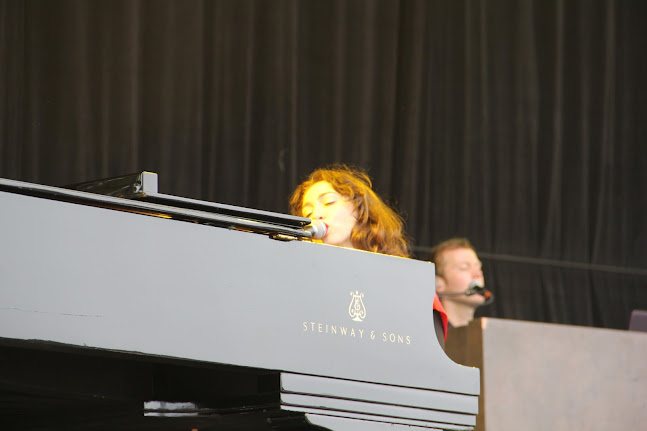 5:25 pm – To say that Jack White played to a sea of people would be a misnomer. A sea connotes the ability to move around in it. This was not that at all. Jack White played to a brick wall of people. This time with his all-male band, The Buzzards, White tore through a much more bluegrassy set, adding the style to his White Stripes and Raconteurs songs (which made up over half the set).

6:30 pm – Ever wondered what this guy from Dispatch was up to during their hiatus? 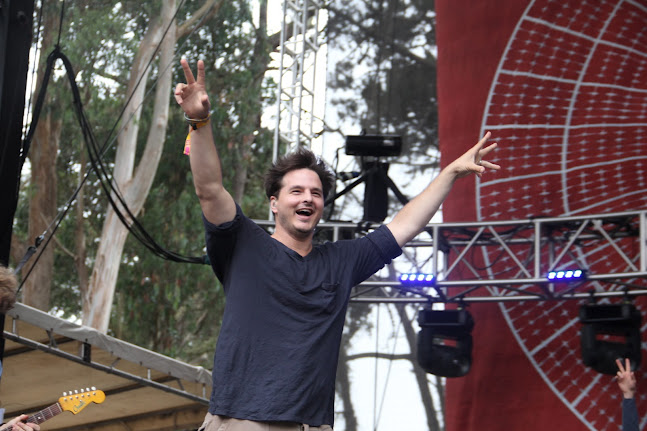 He was saving the world from an asteroid in Armageddon!

Perennial college band Dispatch played to a huge, rapt crowd as part of their return tour in advance of their first new album in almost a decade coming out next month. Probably not one person who wasn’t/isn’t in a fraternity or sorority in the entire field. They could’ve called their set “The Phi Delt/Kappa Alpha Theta Outside Lands Formal.” Hacky sack circles and Ultimate Frisbee games spontaneously broke out everywhere. They are probably the only band whose highest-selling merch item would be a lacrosse shirt. 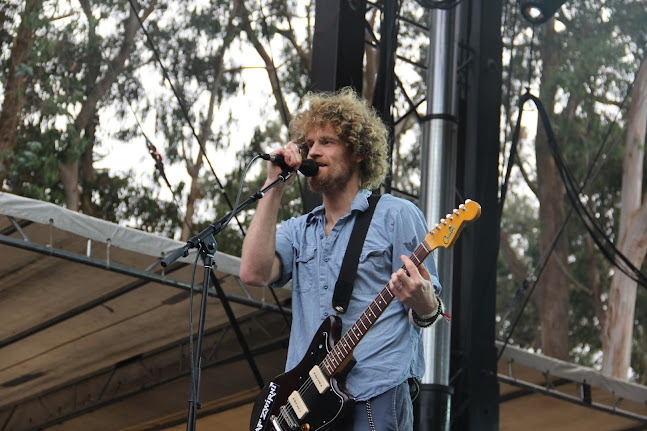 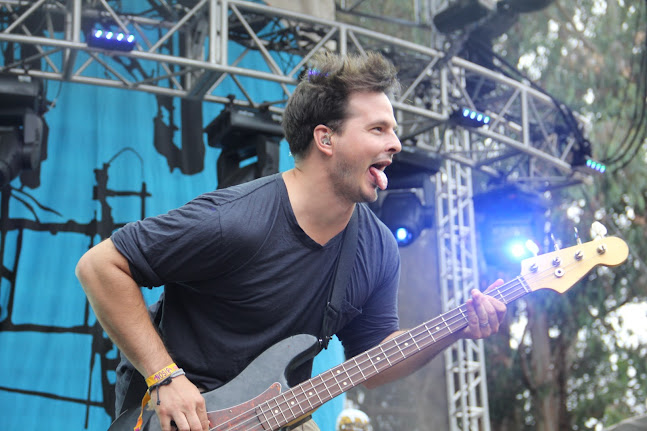 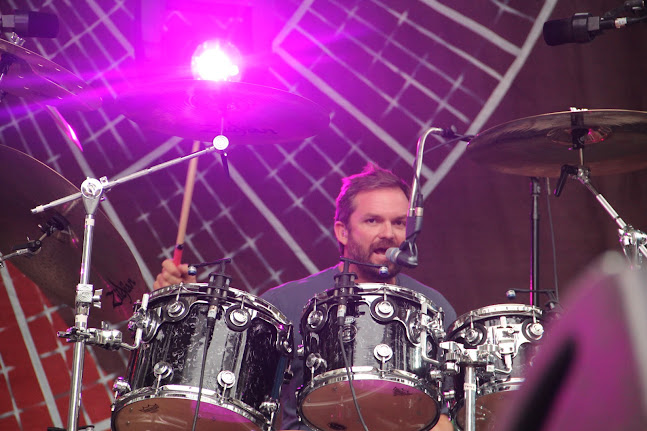 7:30 pm – Stevie Wonder took to the stage about 20 minutes late, and who cares, it’s Stevie Wonder. You know those songs that are so big, so iconic, ones that everyone just knows the words to and has sung along in virtually every situation, ones that people might not know whose song it is because they’ve always just known it as one of those huge songs that permeates through society? There’s a ninety-percent chance those songs are Stevie Wonder’s. 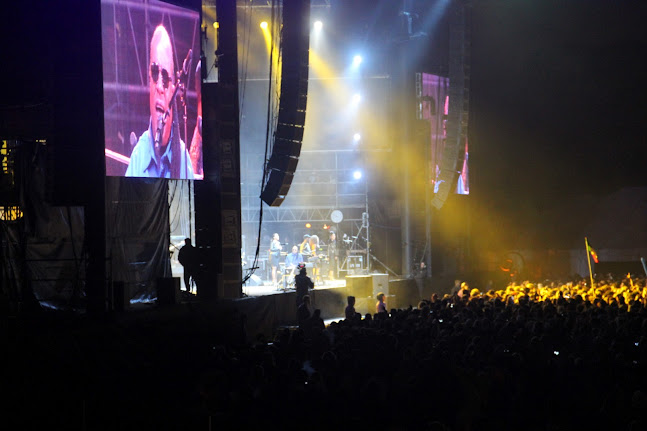 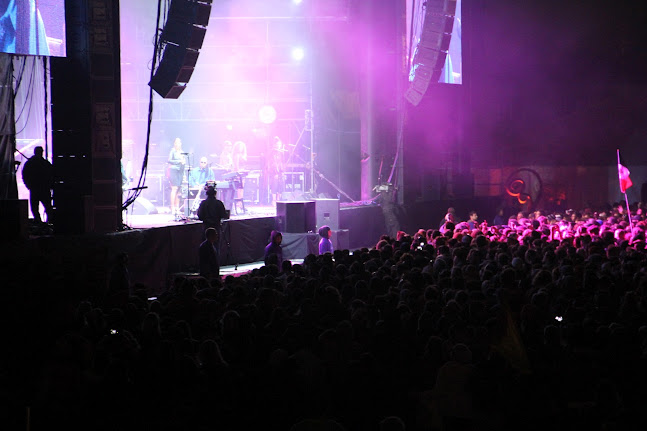 Skrillex was scheduled to play opposite Stevie Wonder in what had to be the most intimate crowd he’s ever played to because everyone was at the main stage for Mr. Motown. You name it, he played it: “My Cherie Amour,” “Higher Ground,” “Overjoyed,” “Superstition,” “I Just Called To Say I Love You,” “Happy Birthday,” “Isn’t She Lovely,” Oh, and on top of that he did flawless covers of Michael Jackson’s “The Way You Make Me Feel,” John Lennon’s “Imagine,” a twenty minute version of Marvin Gaye’s “How Sweet It Is,” and his encore was a cover of the Beatles’ “She Loves You,” and the Temptations’ “My Girl.”

View all posts by jeeves →