Are you watching the Treme on the Home Box?   As a native New Orleanian, I can tell ya that it’s legit.  The music featured on the show has been incredible.  This week featured Elvis Costello and Allen Touissant in the recording studio.  And that’s for starters.  The episode also featured a live performance by Galactic.  The band often gets mistakenly labelled a “jam band” but they are straight up N’Awlins funk chameleons.  In this week’s episode Elvis Costello referred to the band as “those guys that are like the Meters, but are a bunch of white guys?”  The response: “you say that like it’s a bad thing.” 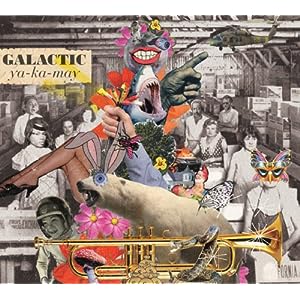 They adapt their groove to whoever they are playing with, which seems to change endlessly.  They have a new album out called ya-ka-may that is billed as “not your father’s New Orleans record.”  True dat.  Check out this nugget featuring New Orleans soul legend Irma Thomas in way that we’ve never heard her: Heart of Steel Bad. Ass.

View all posts by Tim F →